It is often remarked that solutions must be social, not technological. Yet this surely must mean that the problems should also be deemed social, and not technological. In their article, ‘Challenges to Public Universities: Digitalisation, Commodification and Precarity’ (2019), Holmwood and Marcuello-Servós make many points with which I agree … [please read below the rest of the article]. 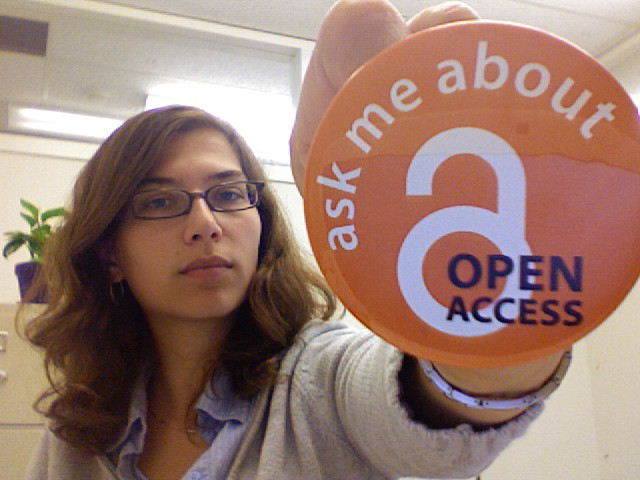 The PDF of the article gives specific page numbers.

This article replies to:

Martin Paul Eve’s article contributes to a larger dialogue on neoliberalism and the university stemming from a special issue of Social Epistemology on “Neoliberalism, Technocracy and Higher Education” edited by Justin Cruickshank and Ross Abbinnett. Please refer below to the articles comprising this dialogue.

It is often remarked that solutions must be social, not technological. Yet this surely must mean that the problems should also be deemed social, and not technological. In their article, ‘Challenges to Public Universities: Digitalisation, Commodification and Precarity’ (2019), Holmwood and Marcuello-Servós make many points with which I agree. The widespread marketisation of contemporary academia and the worrying encroachment of for-profit providers, who do not share the values of the university as it should be, are dangerous phenomena that must be resisted. Their comments on precarity are particularly timely as universities in the United Kingdom embark on waves of strike action to defend against this very phenomenon, at a time when a government has been elected that is not likely to remedy the situation.

There is a point in this article, though, with which I strongly disagree and that I here wish to contend, at the risk of losing the broader worthwhile argument. I pick on it because it is a point that Holmwood has made several times before (but also because it is my research specialism and bugbear): that open access to research work will benefit vulture-like private providers of higher education and lead to the eradication of the public university (Holmwood 2013a; 2013b; 2017; 2018; 2020).

Holmwood and Marcuello-Servós make this point in several ways. They write that ‘the emphasis on Open Access for publications in the UK […] will help access to research for medium and small enterprises and, therefore, reinforce the impact agenda. However, it also makes the same material available at no cost for for-profit providers of higher education who can use it in their curriculum without investment in library facilities’ (2019, 314). They also note that the ‘saleable commodity’ marketed by these for-profit providers is a combination of ‘face to face support’ with the use of open-access content, at scale (2019, 314).

One might assume from these remarks that resisting open access to research would be a good way to avoid the dangers that Holmwood and Marcuello-Servós highlight. There are other critiques that have also debated this matter—or whether only particular motivations for and implementations of open access should be deemed damaging and neoliberal (Golumbia 2016; Allington, Brouillette, and Golumbia 2016; Kember 2014; Lawson 2019; Ghamandi 2018; Eve 2014; Moore 2017; 2019). (Perhaps, for instance, open-access mandates should be deemed neoliberal when they are associated with market agendas, but those who pursue openness for their work in order to allow sick patients access to the clinical literature are aiming for social justice? Does motivation matter in consideration of its effects?)

It is certainly notable that open-access mandates in the United Kingdom have been enacted under Conservative governments with strong marketisation agendas. However, it is worth pointing out that these are the only governments we have had at this time of international change and it is equally possible that a Labour government would have put in place the same provisions, in order to overcome the ‘status exclusions’ to which Holmwood and Marcuello-Servós gesture (2019, 309). It is also the case that ‘taxpayer arguments’ for open access have been used by advocates but that this is problematic (and that there are different types of taxpayer argument (Suber 2003)).

In order to decide whether open access exacerbates the projected worrying conditions that Holmwood and Marcuello-Servós describe, it is necessary, I argue though, to look at our present practices and to ask: are they any better? Because, let’s face it, we all know that the current research publishing machine has, at the very least, neoliberal tendencies, whether it is open access or not.

If neoliberalism is the disenchantment of politics (and all other spheres) by economics (Davies 2014), then there is already a clear and overwhelming economic logic in our publication choices. As I have argued elsewhere, academics behave economically in their selection of publication venues, converting the Bourdieusian social capital of the prestige of a journal’s title, press, or impact factor into a salary return for themselves (2014). In so doing, academics continually hand over their material—for the entire term of copyright (i.e. up to seventy years after their own deaths)—to corporate publishers that turn rapacious profits of 35% or more on multi-billion dollar revenues (Elsevier and Taylor & Francis, for instance, the latter of whom published the article to which I am responding, are good examples of such mega-entities). Journal production—typesetting etc.—is thoroughly imbricated with globalized mechanisms of outsourcing and the economic difficulties and inequalities therein, even when the very material published may be on post- and de- colonial approaches.

Indeed, when Holmwood and Marcuello-Servós write of how under impact regimes—with which they associate open access—it is felt that ‘[t]here should be no public funding without a private beneficiary, but unlike degree programmes, that beneficiary should not pay’ (2019, 313), they neglect to mention that this is exactly the situation at the moment with respect to for-profit research publishers. There will be public funding for research, and then private publishers will be allowed to monetize that research, selling it back to universities. (As I have frequently argued, this is a simplistic view that I am here condensing for brevity: there are things we need/want publishers to do and there are also different types of publishers with different mission values etc. All of this work is labour that needs remuneration and sales to subscriptions is how that has been done to date. That is very different to colossal private profits though.)

There is further a huge tendency to underplay the ‘status exclusions’ that are engendered by our current research publication system and the real, felt impact of such isolation. Disabled academics—let alone broader members of the public with disabilities—can greatly struggle with on-site library access for monographs and digital access for journals, for example. (As a disabled academic with serious autoimmune problems, I spend a great deal of time in hospital and can assure you that most of my research time is spent trying to get access to material; a ridiculous situation.) Those outside the academy of the Global North—a contested term, for sure (Toshkov 2018)—struggle both to read and to publish in our venues, while finding their own publication ecosystems labelled as sub-standard (Babini 2013; Beall 2015; SciELO 2015; Eve and Gray 2020). Racial bias has been found to be prominent within publication peer review (Silbiger and Stubler 2019). Exclusions on identity and economic grounds are rampant within our current, closed-access practices.

There is further a conflict with the aims of education at the heart of the way we sell access to research. I am not naive enough to think that simply ‘getting the truth out there’ will overcome populism, but there is a fundamentally problematic relationship between education and liberal humanist democracy. As the comedian Stewart Lee once put it, it feels as though we live in an era where one can ‘prove anything with facts’. Publishing more facts and truth alone will not solve the swell of populist sentiment, which is driven by belief and affect. But where does that leave the point of the traditional university, authority, truth, and education? Do we not have to cling to some belief of our own that these things matter and that, given an educated democratic population, there is a chance of them acting in accord with those facts? Does the truth being available to read for free—as opposed to it being just the lies that don’t cost to read—really hinder us?

Open licensing may play a role in all of this. Perhaps we need to restrict the types of entities that can re-use scholarly work and the purposes to which it can be turned? This is all very well, but it quickly gets incredibly complicated on the legal front. For instance, non-commercial use will stop universities—who are now forced to sell teaching as a commercial service—from using such work. In different jurisdictions, non-commercial is also interpreted differently. In Germany it could mean strictly personal use (Moody 2014).

Yet open licensing also contributes towards the places to which the truth of research and scholarship can flow. Transcription into Wikipedia—the first place to which anyone turns when they want to quickly look something up—is far easier under open licenses. Further, most scholarship in English will never be translated out of its native tongue, meaning that those without the facility for this language will be left in the dark. Open licensing provides a way around this further exclusion.

In the broad context of Holmwood and Marcuello-Servós’s argument, what I am positing is that potential future dangers need to be weighed against the known actual damage in the present. A good example of this was the hysteria about MOOCs to which they gesture and which never came to pass. (I am willing to countenance that perhaps this apocalypse only never came to pass because there was so much protest—never underestimate the power of protest and critique.) The same is true of marketisation in UK HE, though. As our government enters a nationalist protection phase, who knows where the argument of ‘brand damage’ by irresponsible private providers to the internationally excellent UK HE sector might lead our policy makers?

Which is all to say that I cannot quite decide, against the background of this argument, whether Holmwood and Marcuello-Servós are arguing that we should abandon open access, or whether what they describe is about the conjunction of circumstances. Of course, critique cannot be asked to provide alternatives and it is right and proper that we continue to question academic practices and where they might lead. But this does not mean that it is the technology of open dissemination of research online—digitalisation—that should come in for critique. We need to contest bad policies, in the social realm. For it seems to me that open access is not to be grouped under the neoliberal rhetoric of ‘there is no alternative’. There patently is an alternative: we do it already. And for many many people, it is decidedly worse.

Babini, Dominique. 2013. “Voices from the Global South on Open Access in the Social Sciences.” In Open Access Perspectives in the Humanities and Social Sciences, 15–16. London: London School of Economics. https://blogs.lse.ac.uk/impactofsocialsciences/files/2013/10/Open-Access-HSS-eCollection.pdf.

Ghamandi, Dave. 2018. “Liberation through Cooperation: How Library Publishing Can Save Scholarly Journals from Neoliberalism.” Journal of Librarianship and Scholarly Communication 6 (2): https://doi.org/10.7710/2162-3309.2223.

Golumbia, David. 2016. “Marxism and Open Access in the Humanities: Turning Academic Labor against Itself.” Workplace: A Journal for Academic Labor 28. http://ices.library.ubc.ca/index.php/workplace/article/view/186213.

Lawson, Stuart. 2019. “Open Access Policy in the UK: From Neoliberalism to the Commons.” Doctoral Thesis, Birkbeck, University of London. https://hcommons.org/deposits/item/hc:23661/.

SciELO. 2015. “Rebuttal to the Blog Post ‘Is SciELO a Publication Favela?’ Authored by Jeffrey Beall.” SciELO in Perspective 25 August. http://blog.scielo.org/en/2015/08/25/rebuttal-to-the-blog-post-is-scielo-a-publication-favela-authored-by-jeffrey-beall/.

Articles in this dialogue:

Like Loading...
‹ An Interview with Steve Fuller on Conspiracy Theories and Post-Truth, Chantelle Gordon
Philosophy Should Be Vibrant and Necessary: A Commentary on Li Zehou’s History, Adam Riggio ›

This site uses Akismet to reduce spam. Learn how your comment data is processed.